When you click on Single Player button on main menu, you will see another screen like below: 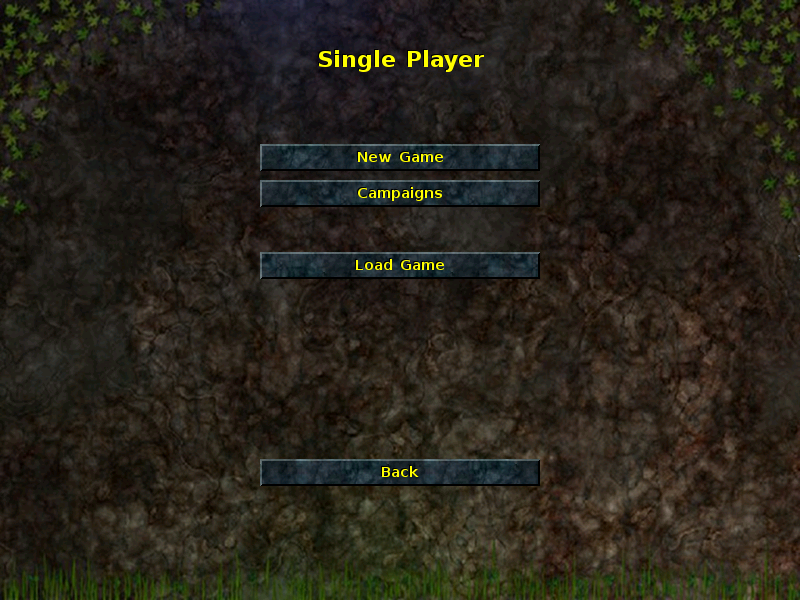 To start any game, you have to select several items: 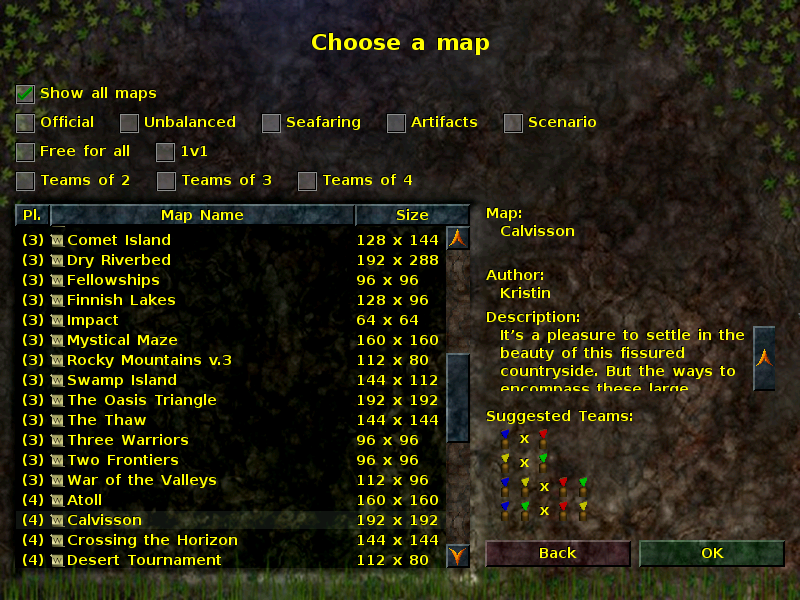 The interface is devided into three parts:

List of maps is sorted by number of players on the map and (if the number is equal) the name of the map. Before maps you can see list of directories (sorted by names). The list contains both official Widelands pack of maps and unofficial downloaded (and stored in right place) and created in Editor maps. Note that downloading from Widelands homepage are not official.

Selecting AIs playing with you 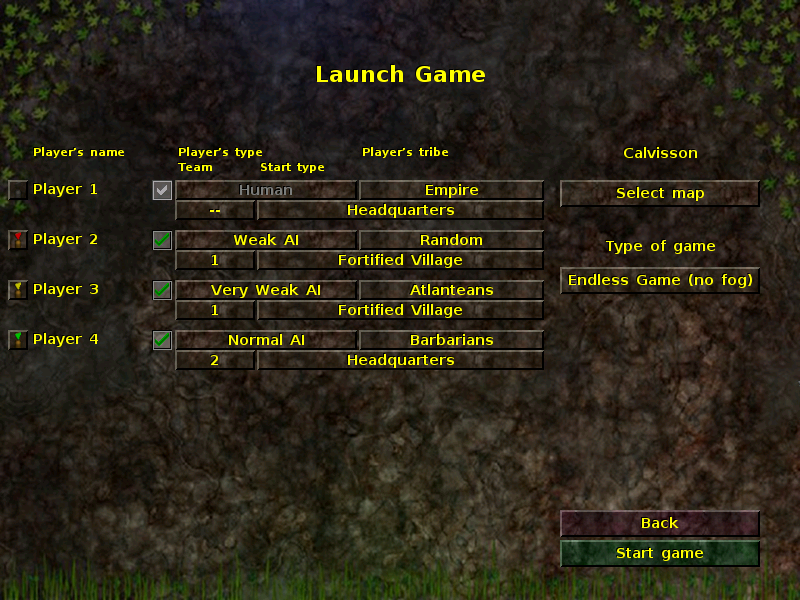 In this section you can choose your friend and enemy computer players. Also you can decide which tribe and position will you and your oponents have. On the left you have names Player 1, Player 2, etc and colors next to them. Clicking on color button will change your starting position. Next to the names are ticks. Clicking on them will disable (or enable) AI player on that position.

Last part of choosing the players is about selecting players properties:

Properties of a player

Type of an AI player can be:

Player's tribe can be:

More about the Tribes you can find here

Team number will define who is a friend to whom. Players with the same number are friends: you can't attack your friend an you can see all his/her territory. No number (-) means that the player has no friends at all. There is no possibility to change a team or create a new one during the play.

Start type can be:

TODO The above section is outdated. It needs to be updated for the frisian starts and the new starting conditions Poor Hamlet, Struggling Outpost, Discovery, and New World.

This part is named Type of game and it is very important for a players. Sometimes losing almost all built empire will not mean that you lost the game. For example in Collectors mode, you can gain more points than an enemy and win. Every win condition is well described in a menu help:

Table with all wares and points given for that ware:

There was a discussion about calculating the points here, but nothing really happened.
TODO The above section needs to be updated for the frisian point system

This win condition is new in Build 19.

This win condition is probably the most common among the players.

This win condition is very good for begginers and testers. If you want to see a strategy of the enemy, it is perfect for you.

After starting a game you will see a splash-screen with some tips and some notes about loading (loading world, loading tribes, loading map, ...). The tips are very useful, especially for players who know something about the game and wants to know more. They say few words about keyboard shortcuts, basic strategies and transportation system. Splash-screen example is shown below: 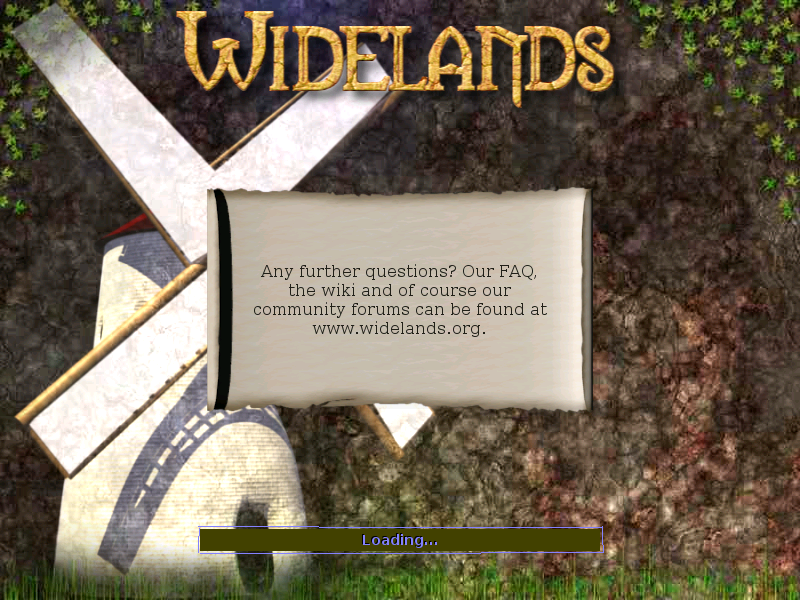 After some time you will finally see the win message:

It means that you have fulfilled the requirements defined by the win conditions. You should be proud of yourself!

When you select this menu, you will see the list of possible games, that can be loaded. The list contains both manual saved games and autosaves.

Notice that if you are using developement versions of Widelands, the savegames can be not possible to load with different versions of the game. General solution is to play in one version, and when the game will be finished, then upgrade to newer one.