Note: Frisians and Amazons are missing 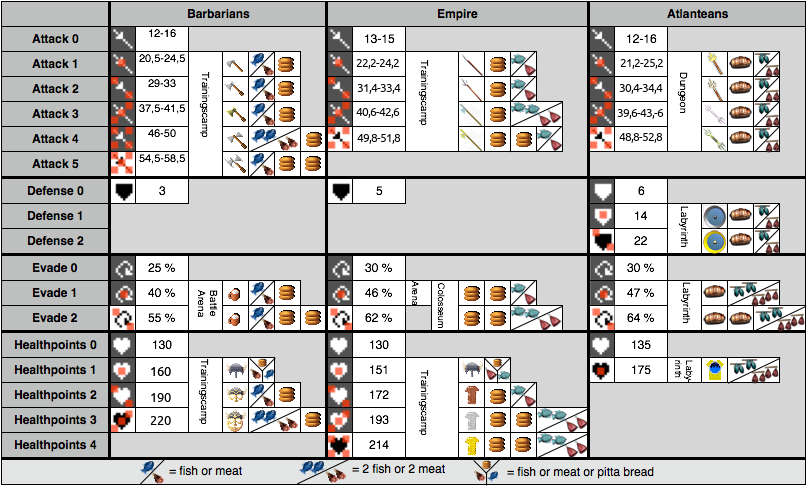 Every fight between two soldiers is a calculation of their levels:

The next stage of the fight is taken by the Atlantean and goes the same way:

Some more facts to note