History of the tribe

At the coast of the Gulf of Pearls an empire developed out of small tribe, a great empire. This nation was convinced of its cultural superiority. This was founded quite correctly to some extent in the inventions of famous sons of the nation, like Leonardo de Composta or Sophostles, but also in the belief, that their rulers were gods.

In this empire the emperor Ninar ruled, who was able to expand the empire. This he did through conquests, but also through well-arranged marriages. As his empire got big, he appointed his sons to look after his interests in the various provinces. But as each of them wanted to be his successor, there was jealousy among them that led to distrust and fights.

But the biggest challenge for the sons was to convince the other nations of the imperial culture's superiority, which they did with great fervour. On these occasions they used weapons quite regularly to make their argument.

But there were nations, who did not like the progress Empire-style and made this quite clear. One of these nations were the Barbarians in the distant North.

Storyboard of campaigns and tutorials

You find an illustration of the economy network (buildings, wares, workers) here:

When you click on one building or ware, you see further information to it. It is an extract of the economy network pdf linked above.

Here is a handmade flowchart for Empire's wares (click on it for full size): 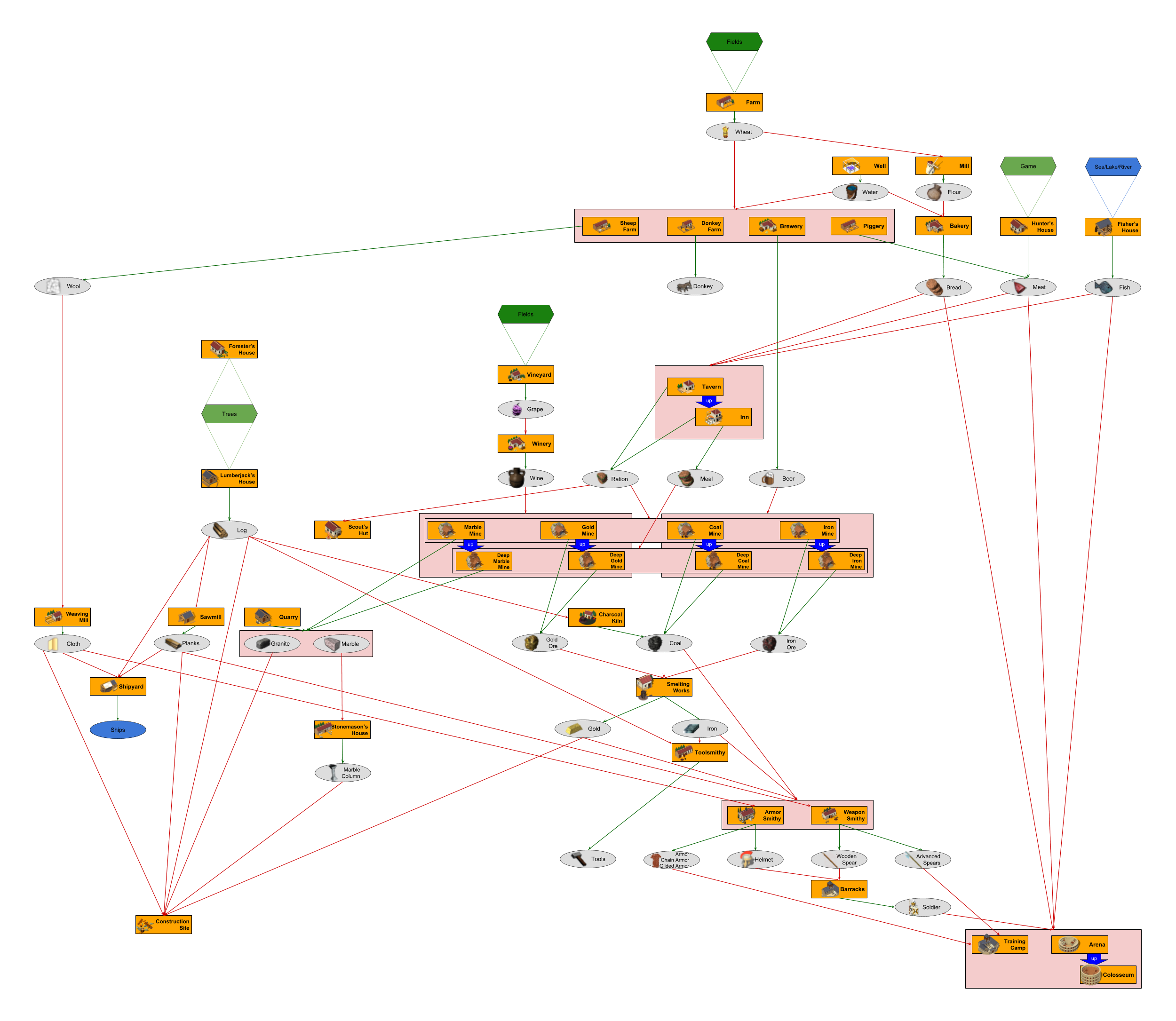 Note the Forester does not supply any wares directly, he just helps to restock the supplies for the Lumberjack, but they do have different sized work areas. The blue arrows show upgradable buildings which may produce different wares.

A worker is created in a warehouse, when there is a request (building without certain worker) and the tool. For example, to create an Empire soldier, there must be a wood lance and a helmet in a warehouse and a request for a soldier.
To learn more about soldier levels and fighting see Soldierlevels.