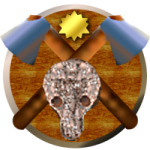 History of the tribe

Deep in the ancient forest of Al'thun is where the tribes of the lowland barbarian people dwell. The shadows of the trees have been their hunting grounds forever. As a wild and primitive people, the barbarians have established culture or civilization only in lose bounds, forged by marriage or blood oath. Rages, war and massacre were common among the numerous barbarian leaders or eldests. As the Barbarians grew in number, they began to populate the hills and fields beyond the edge of their beloved forests. In these times, their enemies rose against the wild people, forcing them to stand united against a common opponent.

In these times, Chat'Karuth, son and heir of Karuth, became the eldest of one of the mightiest clans among the trees. It was due to his striving that for the first time in generations, the clans united under one common banner, and gave an oath of fealty to only one leader so that the cradles and the homelands of all tribes could be defended against all impure blood. Chat'Karuth established law and order in the blossoming young empire and the Barbarians grew to be a force to influence the destiny of the green valleys and the high mountains of Widelands.

When Chat'Karuth died, he was an old man, father to three strong and ambitious sons and warlord to an army that could match any enemy willing to rise against the ancient forests. Thoughout his glorious reign, Chat'Karuth prepared his eldest son Thron to succeed him as the tribes warlord in due course - a decision that left his two brothers unsatisfied. The old warlord knew that. As his father told him, Thron left the capital of Al'thunran, the home of the throne among the trees and withdrew his forces to the high hills where he buried the body of his father and swore to the gods and his spirit, that he'd return to re-established order. While his brothers rage in blind war against Thron and the few forces he left to secure the borders of Al'thun, the young warlord seeks to reunite his ambitious brothers and force the tribes to march once again under a common banner.

Storyboard of campaigns and tutorials

You can find an automated illustration of the economy network (buildings, wares) here:

When you click on one building or ware, you see further information to it. It is an extract of the economy network pdf linked above.

Here is a handmade flowchart for Barbarians' wares (click on it for full size): 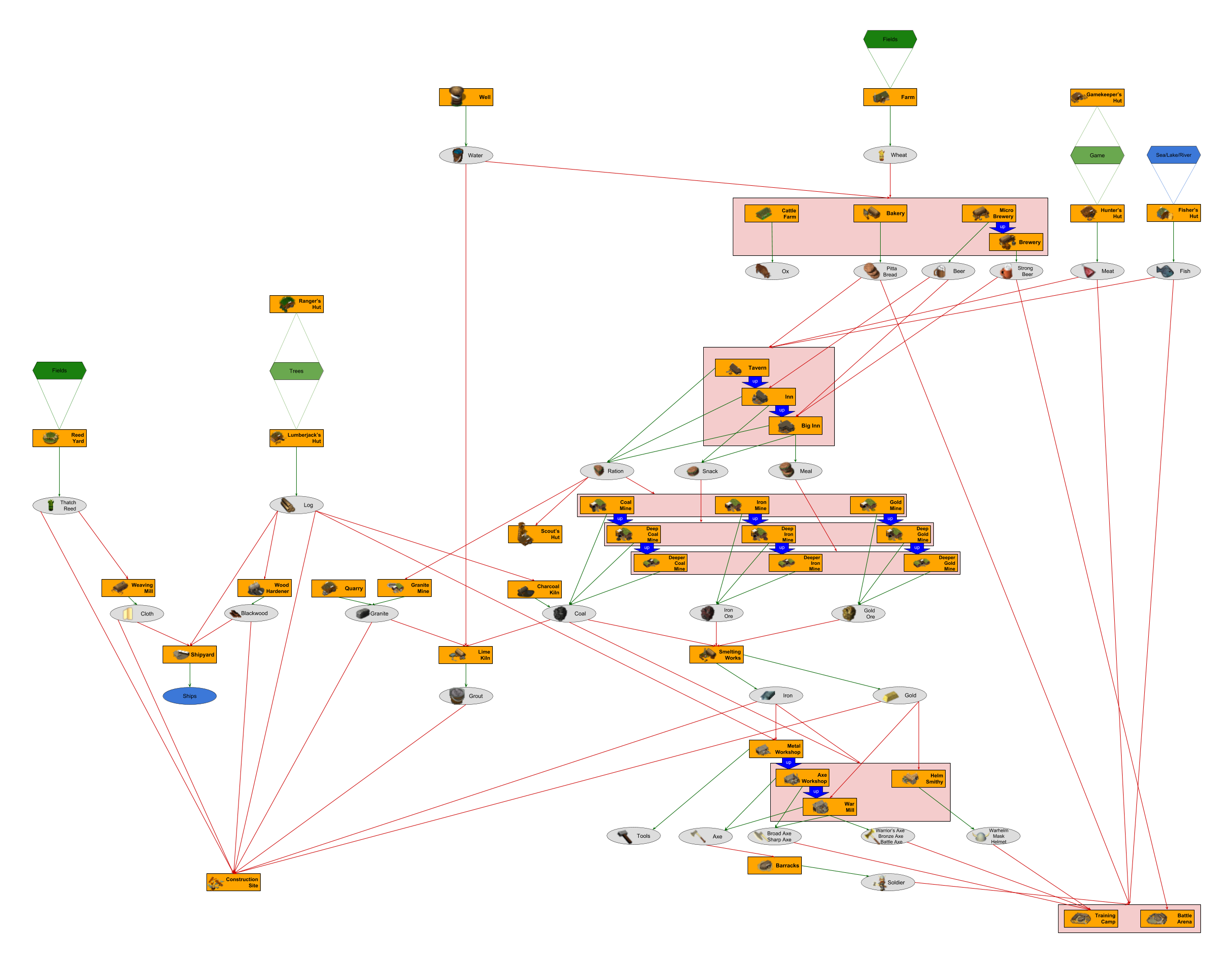 Note the Ranger and the Gamekeeper do not supply any wares directly, they just help to restock the supplies for the Lumberjack and the Hunter, but they do have different sized work areas. The blue arrows show upgradable buildings which may produce different wares.

A worker is created in a warehouse, when there is a request (building without certain worker) and the tool. For example, to create a Barbarian soldier, there must be an axe in a warehouse and a request for a soldier.
To learn more about soldier levels and fighting see Soldierlevels.