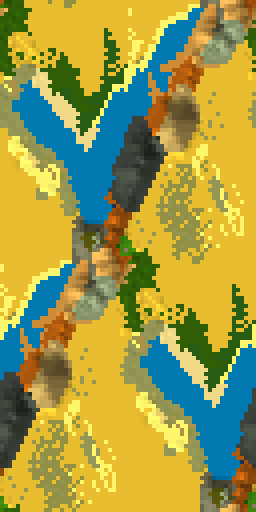 Both starting points in this map are similar. Therfore, the map might be useful in competitive play: both slots are equally good. The map design somewhat favors the Empire tribe.

AI performs poorly on this map (currently), might be useful in competitive play.

Mountains are color coded, finding the ores should be easy enough. Iron is near staring point, gold is near enemy (and behind stone on ground).

This map requires a version of Widelands build 21 or newer!